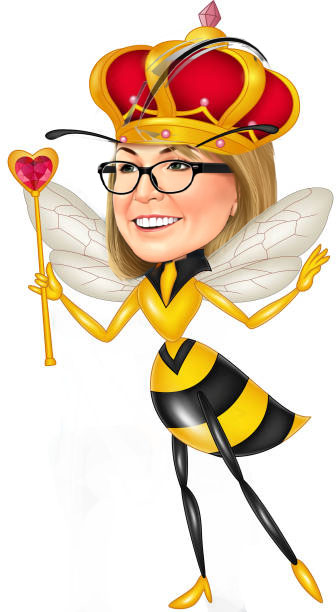 It’s that time of the year when bees love the heat and start to build larger hives. Bees create their nests behind sidings and bricks, concrete blocks, eaves, tress, under sheds and outbuildings. In the 1990’s the Africanized “killer bee” arrived in the US, and many deaths are associated with the Africanized bee attacks. A science experiment in South American went wrong in the 1950’s and since then the European Honeybee is pretty much gone in the Southwest and the Africanized Honeybee colonies continue to build towards the north (see map below).

A bee colony only allows one Queen Bee, and she can live an average of one to three years and may lay up too 1,500 eggs per day. However, these Africanized Bees can be extremely dangerous when agitated and can become very aggressive. These bees will be loud and swarming madly in a dark cloud, ready to sting. The hot summer weather may cause swarming and it is terrifying, as there is a 75% chance of being in a deadly attack and these “killer bees” will only stop until the hive is worn out
Africanized bees react to disturbances around the hive and may be provoked for days. If a bee stings you, they release a pheromone that causes other bees to become agitated and sting. An angry colony my attack any perceived threat within 100’ and pursue up to a quarter of a mile.
If attacked:
• Protect the face, eyes, and ankles.
• Avoid wearing dark colors
• Run away from the area and take shelter in a car or building.
• Avoid other people and pets or they will be attacked as well.
• Do not hide in water or thick brush, not enough protection and these Africanized bees have been known to hover above water, waiting.
• DO NOT stand and swat the bees, it will only cause them to sting more fervently
Seek medical attention
Some people are allergic to bee stings, which can cause anaphylactic shock. Since Africanized bees attack and sting in great numbers. It is recommended to ensure the safety kit at the job site has the adequate medical needs for an allergic reaction.
Bee Safe
Tower Safety