Whew… It’s Hot Out There 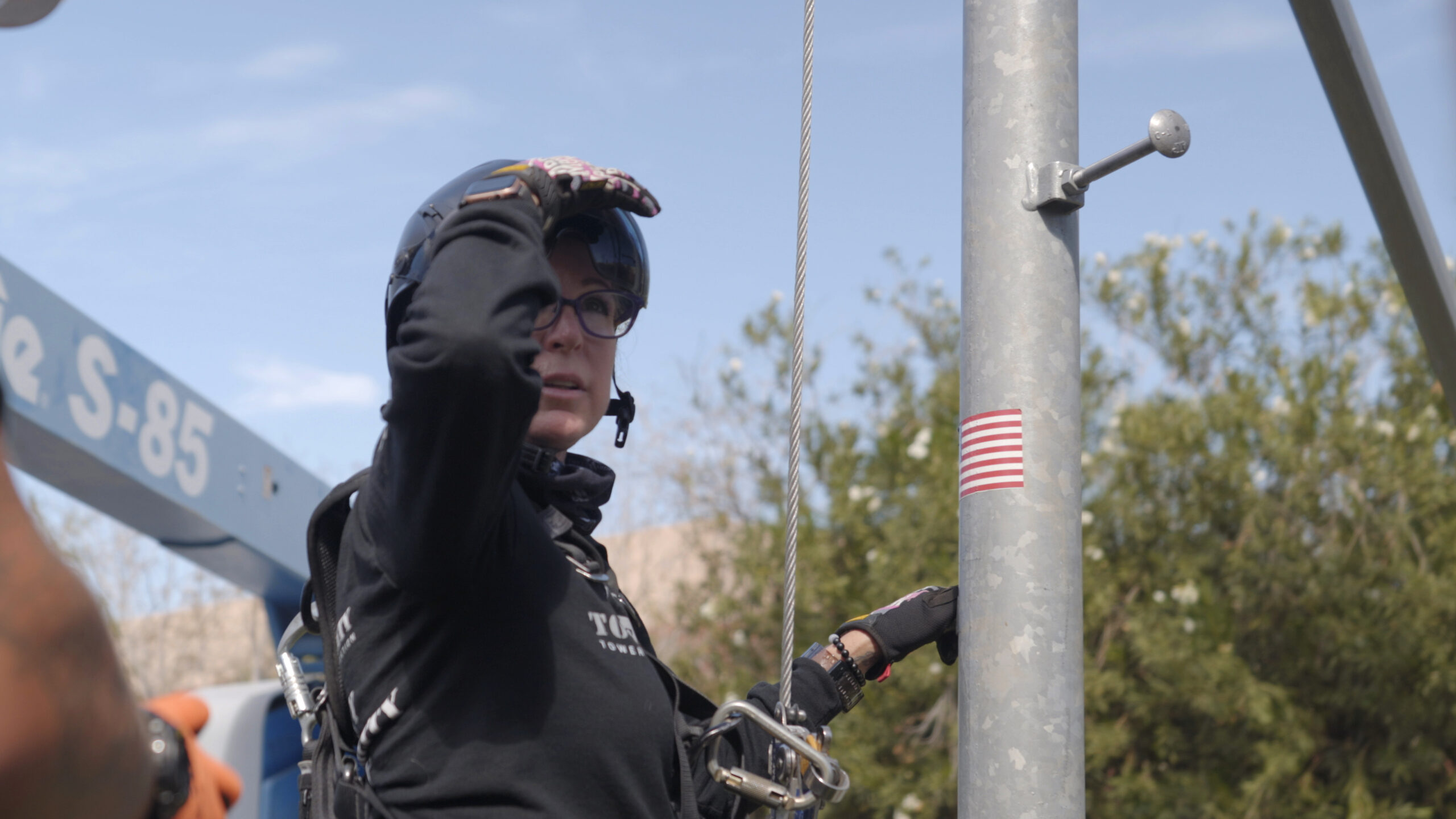 In the late 1990s, Kathy Gill, President and Owner at Tower Safety, was installing fiber optic cable in Phoenix with the temperatures that week reaching 123˚.

“It was incredibly hot, and my coworker had stopped sweating,” Gill said. “He did not notice it; he was not aware of what his body was about to do next.”

This past week was another record-breaking heat wave for the south and southwest. Whether towerhands are in aerial lifts or climbing, according to Gill, their exposure to the heat effects on their bodies and the UV damage to their PPE and rigging gear can result in serious injury, heat stroke and death.