How to create a rigging plan 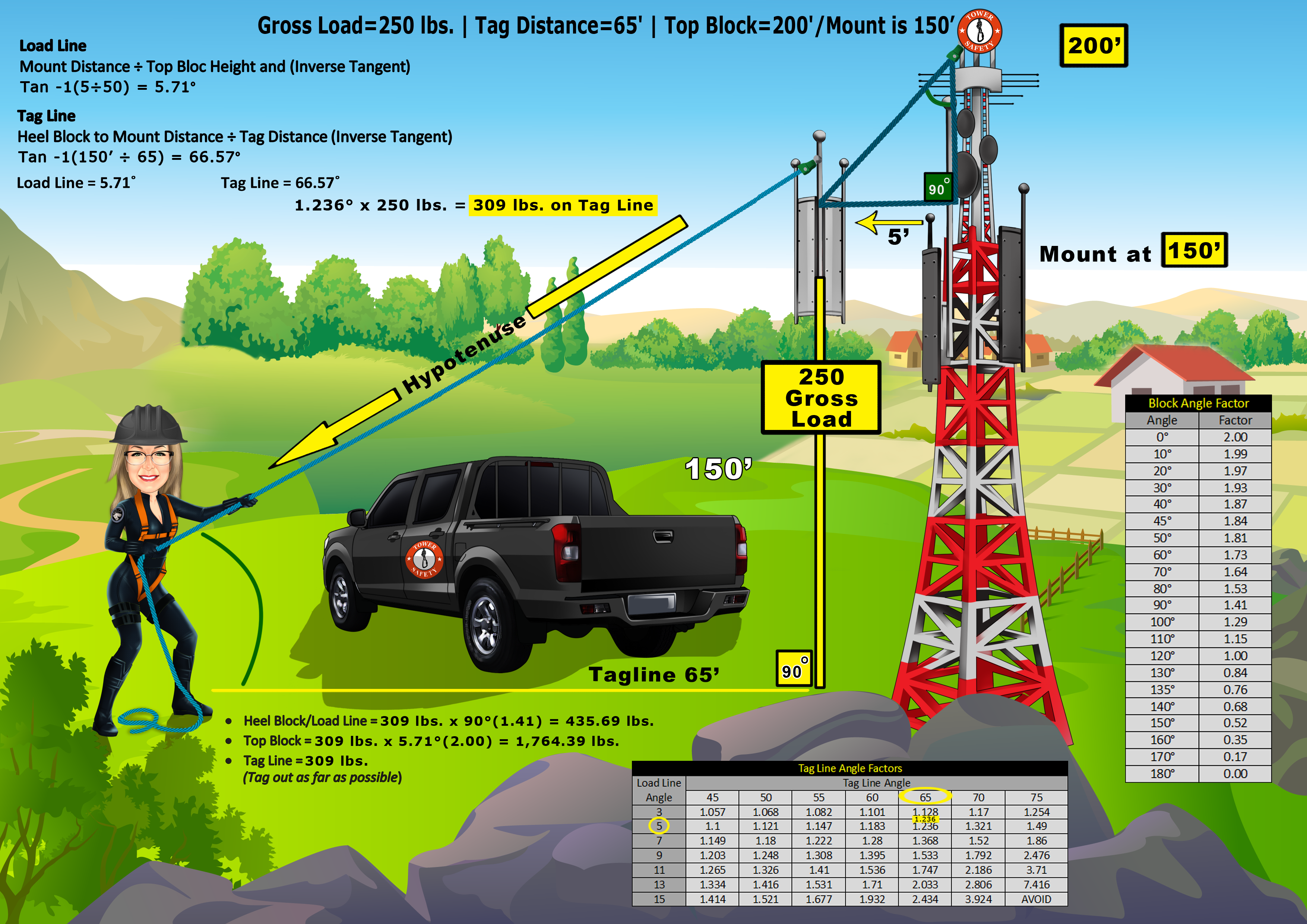 “Give me a lever long enough and a prop strong enough, I can single handed move the world.”        Archimedes

Qualified Person- One who can develop rigging plans and who has successfully demonstrated the ability to coordinate construction related to the wireless industry.

The ANSI 10.48 Competent Rigger/Qualified Person responsibility is to develop a rigging plan, but does the Qualified person understand the block and tag line angles that can create enough force to cause drop loads or a fatality?  A rigging plan is required for every lift at a site and a Qualified Person needs to understand the math that is creating forces on every lift.  But first, one needs to know the definitions:

Newton – Force is a quantity that is measured using the standard metric unit known as the Newton. One Newton is the amount of force required to give a 1-kg mass an acceleration of 1 m/s/s. 1 Newton = 1 kg • m/s2 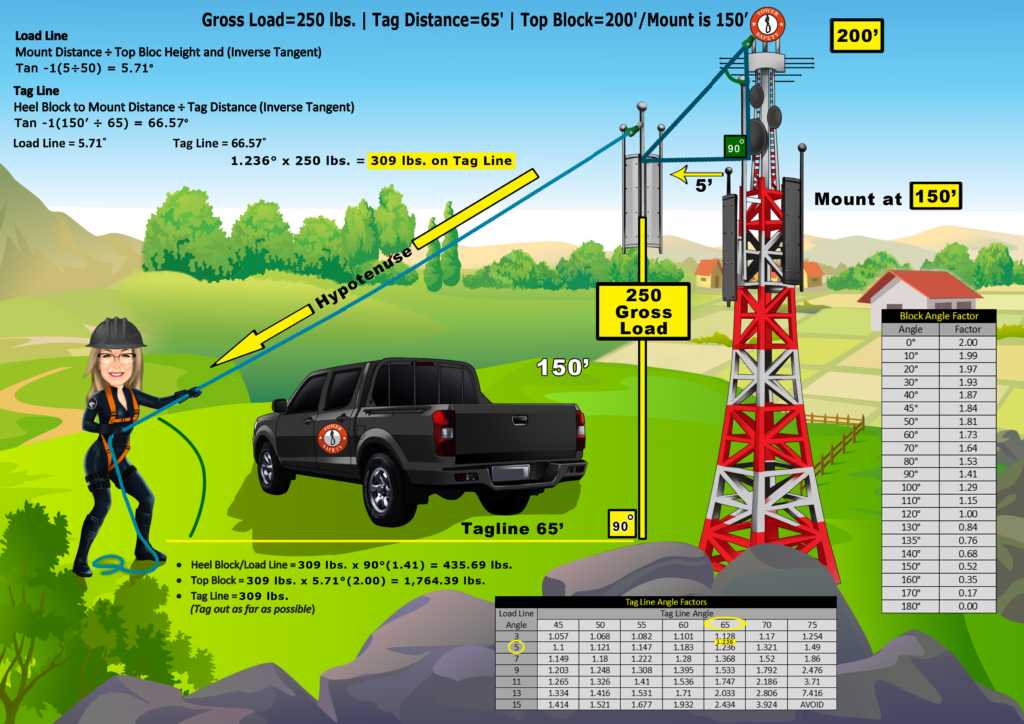 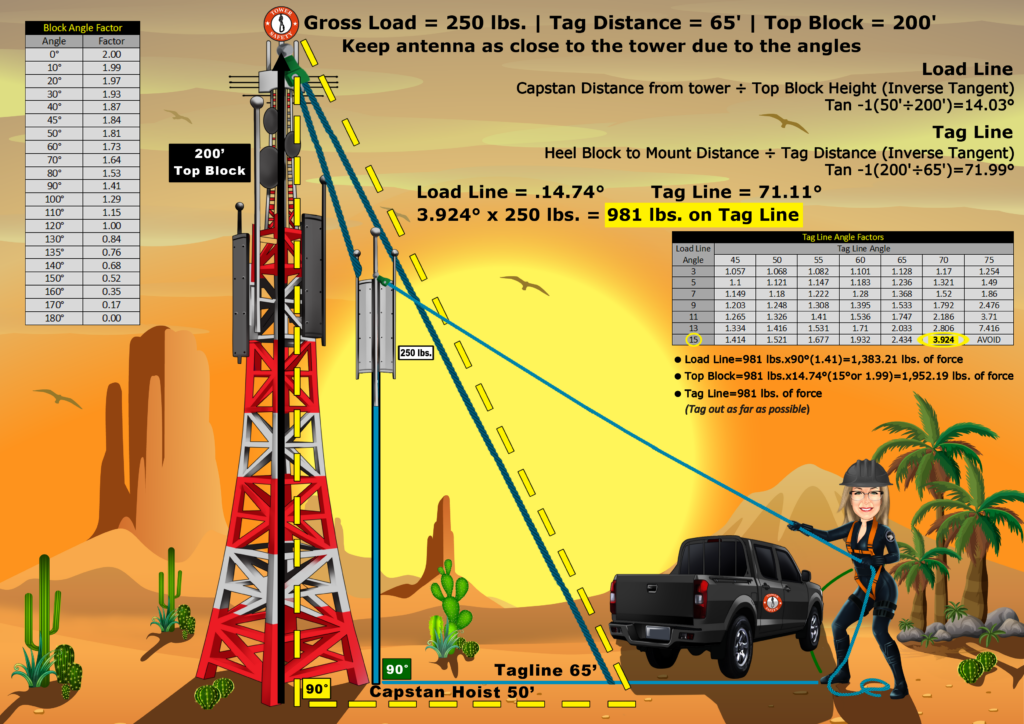 These forces of gravity, normal, friction, air resistance, tension, and spring that one cannot see, feel, or touch are creating enough to damage equipment, hurt or kill someone.  Tower Safety™ has put together a video to help understand block and tag line angle forces varying on the type of structure, location of pulleys and the tag person.  The ability to imagine right angles that do not physically exist when rigging to solve Pythagoras theorem is the key to a successful lift.